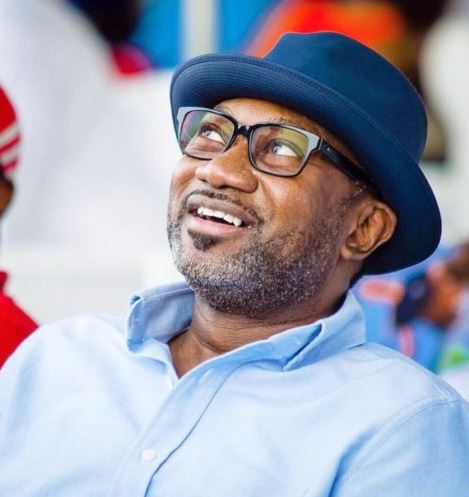 Reports indicate that the founder and chairman of the Geregu Energy Group, has acquired majority shares of the company.

What you should know about what led to Otedola becoming largest shareholder of FBH:

The company has been in crisis lately.

Trouble started with the sacking of billionaire, Oba Otudeko whom people believed was the single majority owner of the bank.

Oba Otudeko wields enormous control over the company even though his shares is not up to 5% of the company’s assets.

Recently however, Otudeko’s influence failed to remove the current MD/CEO of the company, Adesola Adeduntan.

The attempted removal put the billionaire at loggerheads with the Central Bank of Nigeria (CBN).

The board of the holding which Otudeko leads owes the company huge debts.

Consequently, the CBN sacked the boards of FBN Holdings and First Bank of Nigeria Limited and asked the members to step aside.

Meanwhile, Mr Otudeko also sits on the board of Honeywell Flour Mills Plc.

Also, CBN ordered the FBN Holdings to recover the debts from the debtors.

This crisis created a window for billionaire, Otedola to pounce in, but his takeover was gradual.

As a result, the share price of First Bank Holding Company began increasing at the stock market.

Report by Nairametrics noted that shares of FBNH have been mopped up over the course of the last 6 months when the share price traded at just above N7.

FBNH currently has 34.7 billion of its shares floating freely meaning it is held by diverse shareholders.

This makes the shares easy to acquire on the stock exchange, the report said.

Also, FBNH currently has a total outstanding shareholding of 39.5 billion units and a market capitalization of N423.5 billion.

Meanwhile, Otudeko owns 532 million units or 1.3% holding of the company.

Likewise, Oye Hassan Odukale likely owns 370 million units of the bank according to the information contained in its 2020 annual reports.

Similarly, billionaire owner of Globacom, Mike Adenuga is also a major shareholder of the company, though he owns far fewer shares than Oba Otudeko and the Odukales.

Although it is also likely that they have other shares owned by proxies but not included in the shareholdings disclosed publicly.

Meanwhile, information contained in the 2020 FY report of the bank says 40 shareholders owned 31.03% of the bank.

It also says no single individual shareholder held more than 5% of the bank’s shares.

However, statutory laws stipulate that a shareholder with over 5% ownership of shares of a publicly quoted company is expected to declare ownership publicly.

But reports say Otedola now owns over 5% of the bank, making him the single largest shareholder of the bank.

Other reports also claim that Otedola already owns over 10% of the bank.

Consequently, he will likely declare ownership of the company publically soon, though there is no confirmation on this yet.

Rumours of an imminent takeover by Otedola started to make the rounds among traders pushing up the share price of the bank to breach the N8 ceiling by end of September.

Reports say Otedola acquired N30 billion worth of the company’s equities at the Nigerian Exchange (NGX) Limited, where the firm is listed.

Otedola has been acquiring the First Bank Holding Company’s shares on the floor of the Nigerian Stock Exchange for long.

The billionaire likely pounced on the crisis within the company and used a proxy company, Calvados Global Services Ltd to acquire the shares.

According to Nairametrics, it is unclear what plans Mr. Otedola has for FBNH, but for him to have acquired this much, Nairametrics believes he has the full backing of the Central Bank.

Surely, if the rumours turn out fact, then Otedola buying the company could be a positive milestone for FBNH.

This is because, the billionaire has a knack for acquiring companies and turning them around positively.

He did that with Forte Oil and Geregu Power Plant.