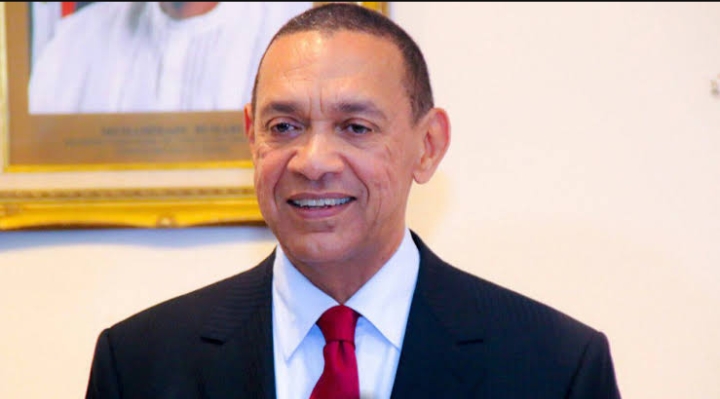 The former lawmaker who represented Bayelsa East senatorial district made the list of the world’s most influential 100 people following his great creative ingenuity and high achievements in the African continent. 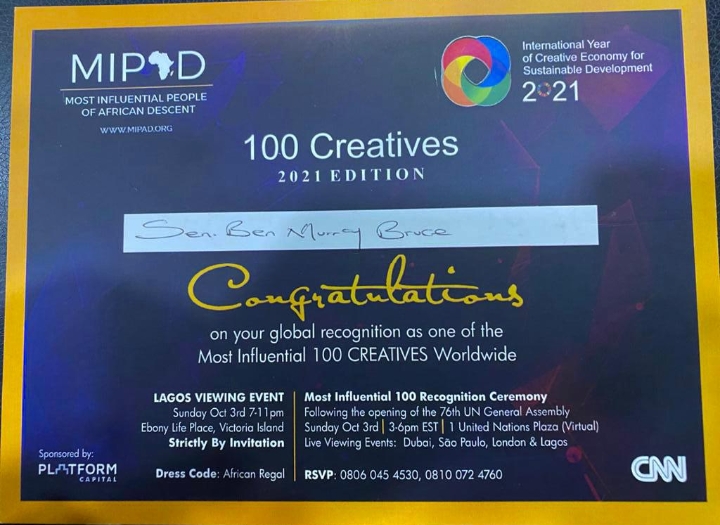 MIPAD, in a congratulatory message to the senator who is popularly known for his common sense series where he proffers smart and creative solutions to the various troubles plaguing the African continent, said Senator Murray-bruce made the list for his outstanding and creative support for the African course.

The recognition ceremony was part of MIPAD’s annual Recognition Week following the opening of the 76th United Nation’s General Assembly.

Founder and CEO of MIPAD, Kamil Olufowobi, in a statement said the ceremony is to celebrate and showcase Africans with outstanding personalities at the highest positions in the world because Africa’s representation matters on the decision making tables in Politics & Governance, Business & Entrepreneurship, Media & Culture and Humanitarian endeavors worldwide.

The annual recognition ceremony has previously featured prominent Africans from different walks of life, including Naomi Osaka (Class 2019), Beyonce (Class of 2017) and Colin Kaepernick (Class of 2018).