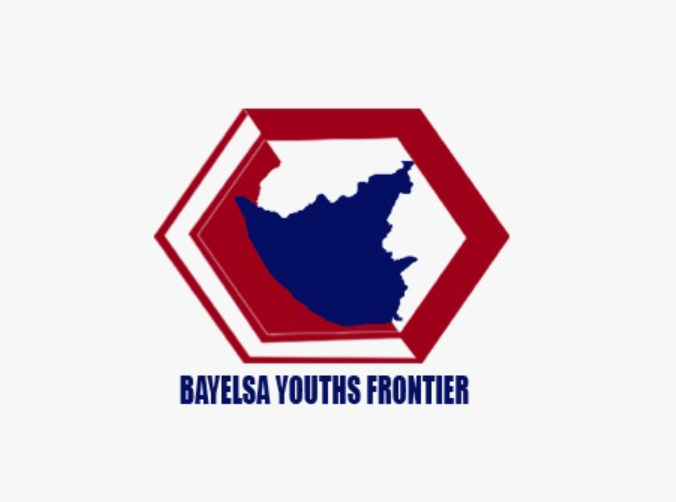 The leadership of the Bayelsa Youth Frontier has flayed purported leaders from Ekeremor Local Government Area who are insisting on zoning of political offices in the area.

The Secretary of the group, Mr. Hitler Moses and the Spokesperson, Mr. Depreye Boss said in a statement on Monday that those calling for zoning of the Senatorial seat are mischief makers who do not mean well for Bayelsa West, Bayelsa and indeed the Ijaw Nation.

They said that the elders who held a meeting at the State Secretariat of the Peoples’ Democratic were only out “to sow discord in the senatorial district which everyone knows is the back bone of PDP in the state; create disaffection between the governor and Senator Henry Seriake Dickson, promote disharmony in the state and forever put Sagbama and Ekeremor people apart.

Moses said further that the so-called elders know without contestation there is clearly one candidate who can readily defeat the APC in the Senatorial district and that person remains Senator Dickson.

The youth leader said that it was rather shocking that those orchestrating the mischief know the rare exploits of Dickson in Ekeremor, Bayelsa West and indeed the state.

He also urged them to take a quick glance at their immediate past to note if they would not see the sustained assistance each of them got from Dickson.

He said that all men of good conscience who mean well for the Senatorial District should rise to condemn this cheap attempt to manipulate and blackmail the Governor.

“The communique on zoning was rejected by Ebebi. None of these so called leaders made efforts to stop him from violating it at the time. In fact, most of them including Martins Agbede who is the person engineering all of this, was in APC supporting Ebebi saying that there was no zoning at a time. Fred Agbedi was a candidate and was already in the House of Representatives.

“Recently, a respected leader and former Senator, who has seen it all, Senator J.K Brambaifa, released a copious analysis of the history of this controversy and concluded that there is no zoning arrangement. At best, it’s a proposal people always talked about but never implemented and we stand with Senator Brambaifa because he knows what he is talking about. We commend him and call on other elders to speak the truth like J.K Brambaifa did and not to confuse young people.

“Can they forget all he did for each and every one of them all these years, and  for the fight he had put up to install the governor who they now claim to be their son?

“Now to show how mischievous they are, the leader of the dissident group, Martin Agbede raised to support the governor, was in APC during all the elections, was the caucus chairman of David Lyon and the APC campaign team who never supported the governor, who has not been a stakeholder in PDP.” He said.

Moses challenged the Ekeremor elders who now claim to be the kinsmen of Governor Douye Diri, to tell Bayelsans who took Diri to Mr. Agbede’s house in Port Harcourt.

He said that it is indeed curious that an Elder Agbede and many of those who pitched tenth with David Lyon, Coordinating the political onslaught against Senator Diri are the ones out to blackmail him for selfish political pursuit.

“Today Senator Diri is governor so he is now their son but when he most needed them as their son, they were in APC busy coordinating the David Lyon campaign.” It was then Senator Dickson’s fight.

He stated further that several others in the group sabotaged Gov. Diri either surreptitiously or openly.

He said “Now let’s come to Fred Agbedu, who had been a longtime friend of the governor, who lived in the same house Senator Dickson gave to them in Abuja for 5 years while they were in the House of Reps.

“Fred Agbedi opposed Senator Dickson’s support for Diri, and contested an election he was not meant to have shown interest at all.

People expected him to be Happy that it was his friend that was endorsed by Dickson but because he wanted to create crisis, division and to spoil things, he went to contest and worked with the APC.

“They are a bundle of dissidents most of who have never supported the governor. Some among them like Martins Agbede were PDP leaders who decamped to APC since 2015.

Moses said that the genuine stakeholders across the communities of Bayelsa West, Bayelsa and indeed the Ijaw Nation are with the versatile and articulate Senator Dickson because he has not finished his job in the red chambers.

According to the youth leader, that explains why the stakeholders met a few days ago and voluntarily donated the sum of N10m with more are donating and endorsing him.

We also, hereby call on the leadership of the PDP at both state and national levels to ignore the noisy propaganda about zoning in Bayelsa West. Everyone in Bayelsa knows that none of those championing zoning can win any election in Bayelsa West. They agree that envy is only putting the PDP and Diri’s Prosperity government at risk.

Everybody in Bayelsa heard Chief Timipre Sylva on a live radio when he said that, APC is nonexistent in Bayelsa West due to the influence of one man and they were not expecting to win election there because everybody there is a Dickson person. The PDP is strongest in Bayelsa West.

Senator Dickson from 2015 has worked hard to keep Bayelsa state for the PDP and these characters who keep going back and forthj, decamping from one political party to another, are setting a trap for the PDP and Governor Diri. They are trying to jeopardize the safest Senatorial seat for PDP in Bayelsa.

We pray that the party sees through their antics as we know that they are still maintaining their network with their other allies.

Elder Martins Agbede and his co-travelers are the same people who said there was no zoning in Bayelsa West and supported the APC candidate in the Bye Election. They did not sign the communique in support of zoning and we wonder where all this new found love for zoning is coming from?