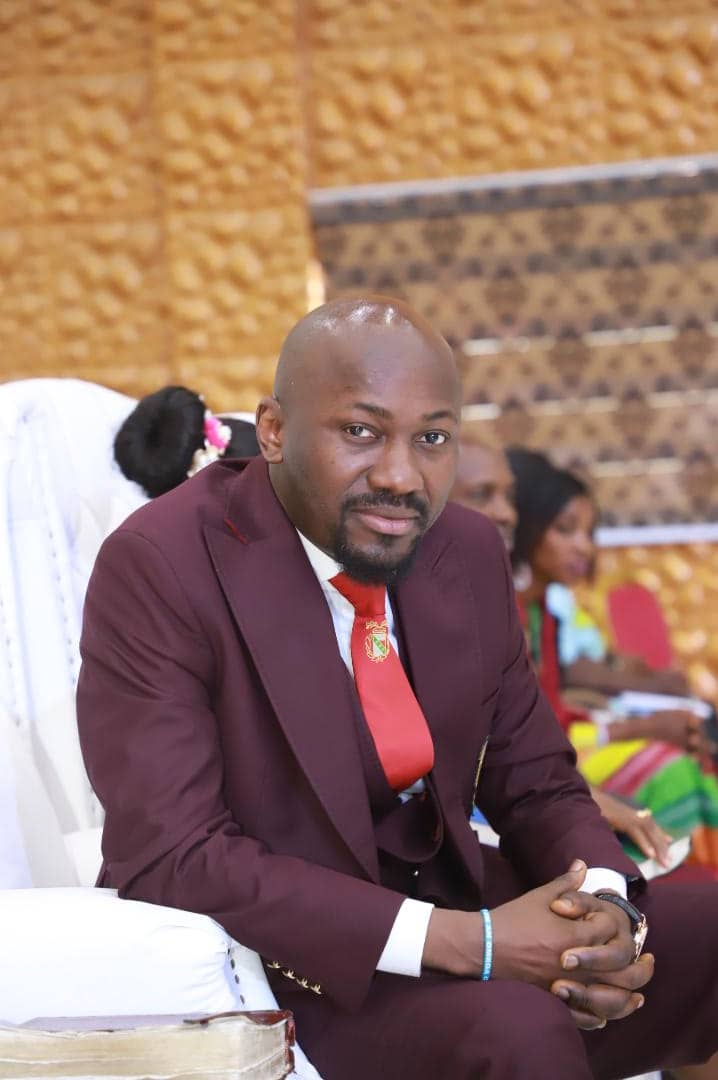 Senior Pastor and General Overseer, Omega Fire Ministry (OFM), Apostle Johnson Suleiman, has won the Edo Man of the Year Award at the 10th Edition of the Edo Festival and Awards Ceremony (EFAC) held in London, the United Kingdom (UK).

Apostle Suleman emerged Edo Man of Year for his selfless services to humanity, philanthropism and his courage to speak truth and stand on truth at all times.

The Apostle was also honoured at the keenly contested awards for his countless developmental contributions to Edo State and indigenes as well as to humanity in general.

Meanwhile, the contest also had other prominent sons and daughters of Edo State like Senator Daisy Danjuma, an Edo daughter and wife of Lt. General Theophilus Danjuma (rtd) who emerged Edo Woman of the Year.

Also, others were Senator representing Edo South Senatorial District, Senator Mathew Ughoghide and Hon. West Idahosa who both won the awards for the House of Representatives.

Likewise, late Businessman and Philanthropist, Captain Hosa Okubo also featured as a contestant for the award.

However, after several votes cast by both Edo sons and daughters both in the country and in the diaspora, Apostle Suleman won a landslide victory, polling over 1292 votes, which is 87% of the total votes while his closest contender, Okumbo crawled behind with 9% after polling 133 votes.

According to Amb. Ken Odeh, who is the organiser of the Awards Ceremony, the festival is to honour outstanding Edo men and women who have contributed to the growth of the state in their various fields.

Odeh also said that the festival provides sons and daughters of the state the avenue to display their rich cultural heritage.

Odeh said: “this year event witnessed the gathering of Edo sons and daughter in the United Kingdom and Europe gathering under one roof in the celebration of our rich cultural heritage.”

Hosted by JJBarry conglomerate, the event witnessed cultural dance from the three senatorial districts of the state, food and music fair, while host, Mr. Nosa Rex Okunzuwa and Mr. Goodluck Uwaigbe while Edo musicians were on hand to add colour to the event.

Other awardees include the winner of the Entrepreneur of the Year in the male categories, Destiny Ebagua; Best Transporter of the Year, the Iyare Motors; Best Online Comedian, Young Elder; the Best Musician of the Year, Mr. Dombraye Aghama while independent radio and television won the best TV and Radio station award.