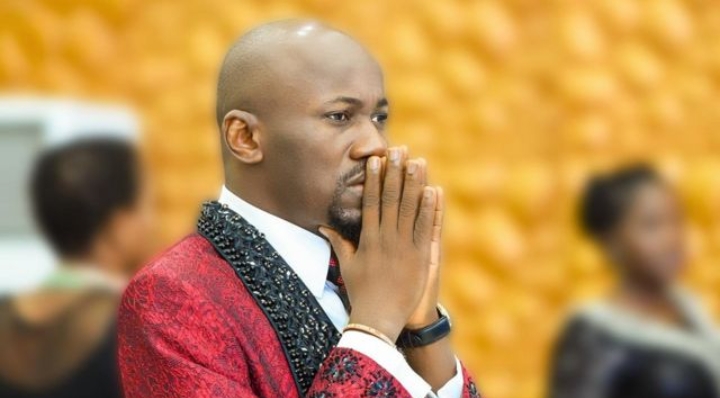 The Christian Association of Nigerian , CAN, Edo state Chapter has, in strongest terms, condemned the attempted assassination of the bishop and General Overseer, Omega Fire Ministries Worldwide, Apostle Johnson Suleman by unknown gunmen which left seven person dead among whom were security personnel attached to the man of God, noting that any attack against Apostle Johnson Suleman is an attack on the church.

CAN also called for investigation into the attack to fish out the perpetrators of the dastardly act and bring them to book.

In a statement signed by the Chairman of CAN in Edo state, Bishop (DR) Oriname Oyonnude Kure, on Monday, 24th October, 2022, CAN condoled with the families of the deceased and called on the appropriate security agencies to tighten measures to make such kinds of attacks impossible in the country. It also urged the security agencies to put more measures to ensure that security of lives and property in the country is improved.

Describing the attempted assassination of the man of God as evil and wicked, CAN enjoined the general public not to undermine their civic responsibility of providing the police and other security agencies useful information for the preservation of security in the country in general.

“The Christian Association of Nigeria-CAN, Edo State, received with great shock and sadness the News of the Assassination attempt on the life of Apostle Johnson Suleman, the General Overseer of Omega Fire Ministries.

Without any reservation and with all sense of responsibility, we vehemently condemn as reprehensible, the attempted assassination made on the man of God – Apostle Johnson Suleman – on Friday the 21st of October, 2022 by some unknown gunmen along Wareke Road, Auchi in Etsako West Local Government Area of Edo State, which regrettably, led to the death of seven persons which included three (3) police officers attached to the clergyman in the line of duty.

The Body of Christ in Edo State is sad indeed, and condemn in the strongest term this vicious attack on the man of God, wherein seven(7) human beings lost their lives. We are indeed very sad and we are in the state of mourning.

We sincerely, in sobriety, empathize with the families of the deceased persons and pray God Almighty to comfort them and grant them the fortitude to bear this irreparable loss; and may their souls rest in peace.

We are in like manner saddened by the spate of the trending insecurity in our nation. We herein urge both the state and federal government to brace up on intensifying more stringent proactive measures in curbing the excesses of these men of the underworld, by ensuring that the police are swiftly responsive to emergency calls or situations such as this, with full alertness, and are conversant with likely escape routes in every city terrain.

We herein, humbly but sternly, urge the security operatives in the state and the Nigeria police force under the leadership of the Inspector General of police to wade into this matter by bringing to book all the assailants, perpetrators and their sponsors and all those in connection with this heinous and ungodly act without exception.

We herein also want to admonish the general public not to undermine their civic responsibility of providing the police and other security agencies useful information for the preservation of security in the state and its environs.

Once again we condole with the bereaved families, the police force and the entire members of Omega Fire Ministries, and indeed the Body of Christ for the gruesomely murdered souls.

Apostle Johnson Suleman, We want to let You Know that “Any Attack Against You is An attack Against the Church”, and We are against this heinous and ungodly act by this assailants. We are Praying Vigorously that these Evil Men are found and are made to face the Law. We also Pray that this kind of thing does not happen again.

The Lord God of Heaven be with you and your entire family. May God Almighty shield you from all evil, in your pursuit of your Divine Assignment and Mission of proclaiming the Gospel of Christ and the Good news of His Saving Grace to all mankind all over the Nations and Continents of the World.

No man born of a woman in the entire known universe can uproot you ; and by the unfailing mercy and Grace of the Most High God, you shall be indestructible In the Mighty Name of Jesus Christ, Amen!

We pray that the peace of God that passeth all understanding be mighty upon our state and the entire Federal Republic of Nigeria in Jesus Christ name, Amen.”