…Dedicates Award To Bayelsans, His Team 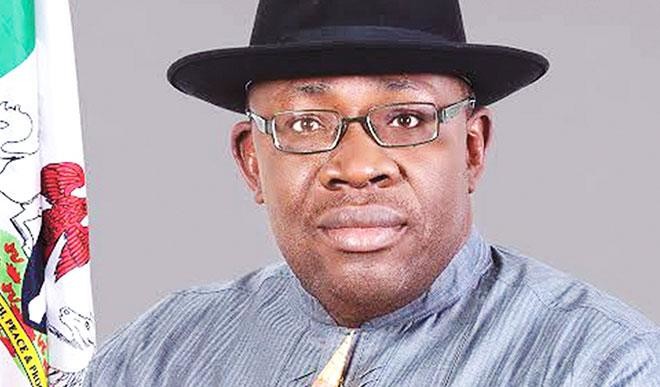 A coalition of over 90 civil society organizations under the aegis of the Centre for Credible Leadership and Citizens Awareness, led by Director General of the prominent non governmental organization, Dr. Gabriel Nwambu honoured Dickson with the award in recognition of his sterling antecedents in the pursuit of transparency as Governor of Bayelsa State.

Governor Seriake Dickson, had won the 2018 Transparency Award organised by the management of the Africa Independent Television (AIT).

The Director General of CCLCA Dr. Gabriel Nwambu said while presenting the award to the former Governor, at the Press Centre of the Senate on Friday that it was given to him in appreciation of his “unique dimension of governance, conceived and implemented, especially in the area of transparency, accountability, probity and integrity.”

The Director General said that his organization was particularly impressed with the Governor for the bold step to initiate and the implement the Bayelsa State Transparency Law.

According to him, Dickson acted in an unusual and unique manner by initiating a law that makes it mandatory for the Governor and council chairmen to declare monthly incomes and expenditures of the state.

He stated that his Organisation found it fascinating to discover that Dickson made it an impeachable act of gross misconduct for non disclosure of state income and expenditure for three months in the then executive Bill.

He said, “Senator Henry Seriake Dickson was sworn-in as Governor of Bayelsa State on the 14th of February, 2012 and left office after eight years of meritorious service in February 2020

“On resumption, he, among other novel initiatives, sent an Executive Bill to the state House of Assembly called “Transparency Initiative Bill”. This Bill makes it mandatory for whoever is the Governor, or his representative, to make public, on monthly basis, the financial standing of the state. In other words, the bill requires a mandatory full disclosure of the total income and expenditure of the state for the preceding month.

“This law literally makes it mandatory for Governors and Local Government Chairmen to declare to the people, the income that comes into their coffers, and the expenditures thereof.

“Within the context of the BAYELSA State Innovative Law, the bill established and enshrined the right of the people to know how their money is received and spent. Failure to align with the legislation for 3 consecutive months would compel the state House of Assembly to initiate impeachment proceedings on the Governor or Local Government Chairman as the case may be.

“Political leaders and several other interest groups at the time, were shocked when, in the draft bill, Senator Dickson insisted that non-conformity with the provision of monthly briefing should amount to gross misconduct in the law, for which the governor could be impeached. Even the lawmakers felt it was too harsh, but Dickson insisted.

Ladies and gentlemen, this is first of its kind in Nigeria and it is now 10 years since the enactment of this law, no other state in Nigeria has enacted any law similar to this.”

Nwambu stated further that the Senator continued with the monthly implementation of the law for eight years thereby propelling the confidence and trust by the electorate in the government.

He said Senator Dickson’s uncompromising stance on transparency made the Association of former LGA Chairmen who served under him to unanimously affirm to his integrity in public service and declared that as Governor for 8 years, he never tampered with Local Government Council funds.

He noted that it is indeed encouraging for the ex-Chairmen to affirm that “not only did Dickson not tamper with Local Government funds, he also added 15% of the state IGR to the local governments, to assist them with payment of primary school teachers salaries etc.”

He observed that “With this clear focus on transparency and openness and the introduction of higher standards in the administration of the State, little wonder that even in a recessed economy, the new standards brought in ensured that available funds were duly channeled to the actualization of massive developmental strides in Education, Healthcare delivery, massive road network construction, Human Capital Development, Agriculture and general infrastructural Development, including the BAYELSA State International Airport, the N10 billion Bayelsa cassava processing plant, the Aqua culture village, the gulf course, Universities among others which were initiated, completed and commissioned under him. Many other projects cutting across several sectors were either built and completed under him or conceived initiated and started by him as part of his vision for a modernized Bayelsa State.”

He stated further that Dickson period signaled departure from the previous practice where public office holders tampered with state resources with impunity.

He said that while it is the practice in Nigeria to honour those who have distinguished themselves in various areas, posthumously, his organization finds it necessary to break from the practice by honouring those deserving of such honour while they are alive.

In his reaction, Dickson dedicated the award to the people of Bayelsa and his restoration team while in office.

He expressed surprise at the award and urged all other civil society organizations to ensure that those who have done well are encouraged with due recognition rather than the traditional focus on criticism alone.

“On behalf of my family, on behalf of the Restoration Government, the good people of Bayelsa, I thank the DG, and the organizers.

“I dedicate the award to the members of the restoration team, the deputy Governor, Gboribiogha John Jonah, and all the top government operatives. I also appreciate those who put me on my toes, criticizing us for eight years.

“I thank you even as I urge the NGOs not only to criticize but to also appreciate those who have done well.

“Public servants are not all devils. This country has a reservoir of great minds in the various sectors doing very well. Nation building cannot be done alone by one good person. It takes all to make concerted efforts, the total aggregate of every profession that determines whether a nation is great or not.

“I thank the DG for the recognition of the modest efforts and contributions in advancing the frontiers of promoting public accountability and development in Bayelsa.

“The Transparency Law is still effective in Bayelsa and I want to recommend it to other states. The People have a right to know the financial decisions: income and expenditure in their state.

Bayelsa still operates the law, as the government of the day continued with it. Also, the councils in Bayelsa enjoy financial autonomy.”