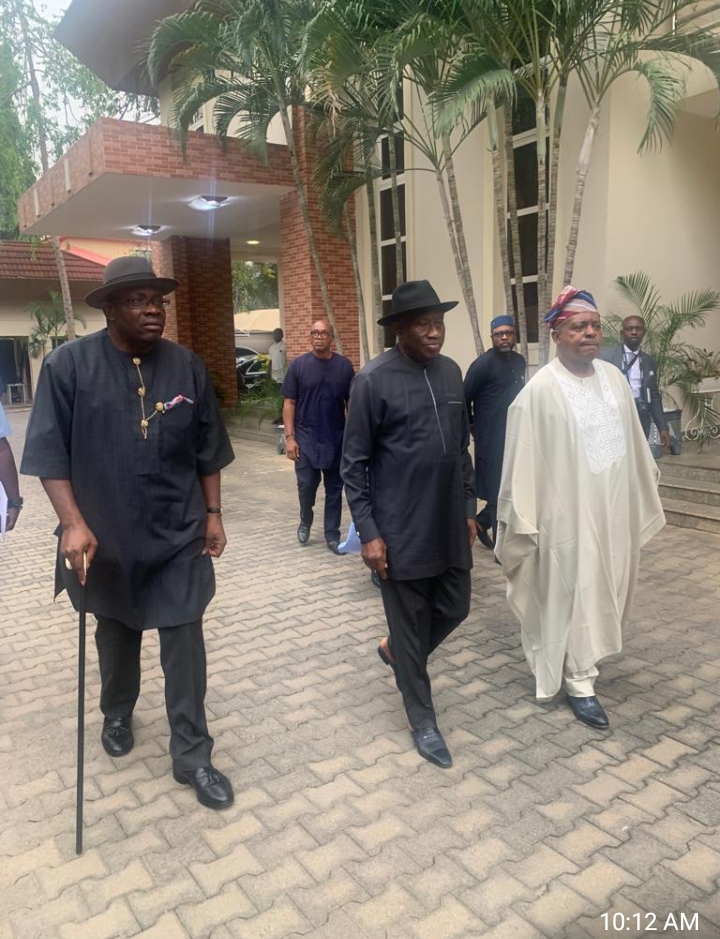 Former Governor of Bayelsa State, Senator Henry Seriake Dickson and immediade past National Chairman of the Peoples Democratic Party, Prince Uche Secondus on Saturday visited former President Goodluck Jonathan to condole with him on the death of two of his security aides in a recent accident involving his convoy.

Senator Dickson told journalists that the duo visited the former President to condole with him and also prayed for the eternal repose of the security details who died in the unfortunate accident. 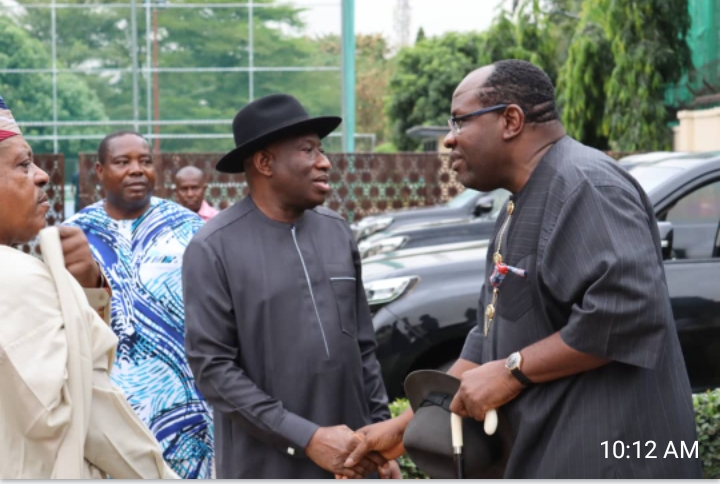 The Senator also wished those injured in the accident a speedy recovery.

The Senator and the PDP Chairman also commiserated with Inspector General of Police, the Nigerian Nigerian Police Force for the great sacrifices that come with the critical services they render to the society.

He said, “Today, I and the immediate past Chairman of the Peoples Democratic Party (PDP), Prince Uche Secondus, paid a condolence visit to former President Goodluck Jonathan, our elder brother and leader, on the unfortunate vehicle accident that claimed the lives of two of his security details and injured some others.

“We spent some quality time with him and we prayed that the Lord should grant the souls of the departed eternal rest and grant the injured speedy recovery.

“We also commiserate with the Inspector General of Police, the Nigerian Police Force and all its officers and men for the sacrifices that come along with their service to the nation.”